GOSHEN: Places of Refuge for the Running People 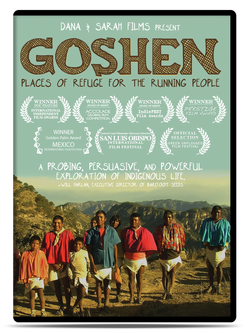 GOSHEN is a powerful documentary depicting the diet and active lifestyle of the indigenous Tarahumara, a light-footed running tribe, who are striving to maintain their ancient culture against all odds. The Tarahumara are renowned for their incredible long distance running endurance and prevention of modern chronic diseases. For centuries, the Tarahumara have found a safe place of refuge in the remote depths of Mexico’s Copper Canyons. Recently, drought and famine have threatened the Tarahumara’s ability to sustain their ancient cultural traditions. GOSHEN takes you on a journey in the huarache-clad footsteps of these endurance athletes, highlighting the health benefits of safeguarding their way of life. Engaging and entertaining, GOSHEN will inspire you to take part in preserving the native seeds and running traditions of the Tarahumara. ​

BACK TO EDEN: Simple. Sustainable. Solutions. 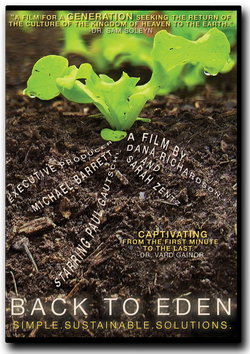 After years of back-breaking toil in ground ravaged by the effects of man-made growing systems, Paul Gautschi has discovered a taste of what God intended for mankind in the garden of Eden. Some of the vital issues facing agriculture today include soil preparation, fertilization, irrigation, weed control, pest control, crop rotation, and PH issues. None of these issues exist in the unaltered state of nature or in Paul’s gardens and orchards. “Back to Eden” invites you to take a walk with Paul as he teaches you sustainable organic growing methods that are capable of being implemented in diverse climates around the world. 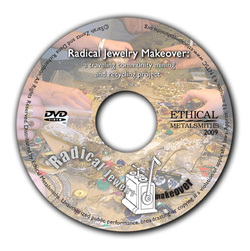 Following the fourth edition of Ethical Metalsmiths' project, Radical Jewelry Makeover (RJM), this short documentary digs into the experiences of artists and jewelry donors during a two-week workshop at Penland School of Crafts, NC. The film showcases the project and features interviews with artists, donors and jewelry from the Makeover.